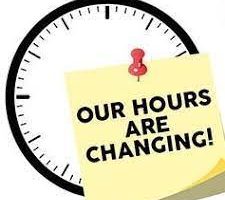 After reviewing usage patterns and budget needs, the Board of Trustees of the Sikeston Public Library has voted to eliminate Sunday hours of operation at the library.

“Traditionally, we have been closed on Sundays during the summer months then resume Sunday hours after Labor Day weekend,” said Ron Eifert, director of the Sikeston Public Library. “However, the library’s Board of Trustees voted in May to eliminate Sunday hours of operations as a reaction to changing usage patterns and as a cost-saving measure.”

The board reached its decision after reviewing six months of data compiled by Eifert and the library staff. The data showed that usage patterns of the library have changed. “Ten years ago, we were almost the only source for public internet in Sikeston,” he said. “The board was dedicated to keeping the library open on Sundays for students to use for last-minute homework assignments.” Between the growth of internet in homes, public wireless access, and the availability of one-to-one devices through the public schools, student use of computers has dwindled to almost no usage at all, he said.

“Some Sundays, we only had four visitors throughout the entire four hours that we were open,” Eifert said,” and computers weren’t used on about half of the Sundays during the six-month period. It became difficult to justify operating the library at that level of usage.”

The library offers 54 service hours per week. The library operates from 10 a.m. to 8 p.m. Monday through Thursday; 10 a.m. to 6 p.m. on Fridays; and 10 a.m. to 4 p.m. on Saturdays. “We feel like we have a wide variety of hours available to make it possible for community members to use the library, regardless of what work hours or commute they have,” Eifert said. “Plus, our ‘virtual library’ of electronic resources and databases are available 24/7.”

Introducing Brainfuse VetNow! Get free online job and academic assistance for Veterans, and much more. Visit https://landing.brainfuse.com/index.asp?u=main.sikestonpubliclibrary.missourivetnow.mo.brainfuse.com to learn more!

Introducing LIBBY — a new way to manage your electronic items 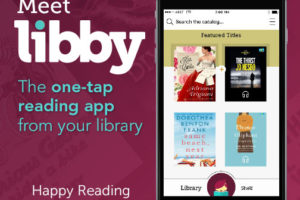 For our e-book readers…there’s a new and improved way to browse, check out, and read e-books through MoLib2Go. Libby is a more user-friendly app that has just been made available to the general public. We at the library have been testing the app in its beta stages for weeks; we really enjoy using it, and hope that you will too!

Libby is available in the app stores for Apple, Google and Microsoft. Try it for yourself, and let us know if we can help you with setup or any questions you might have.